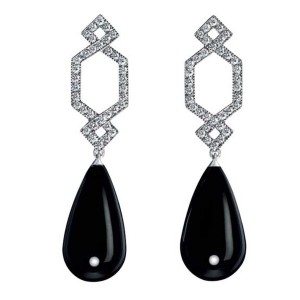 If you have walked down the streets of the charming Parisian neighbourhood of Montmartre, Ivanka Trump‘s jewellery collection of the same name will resonate with you. In gold and diamonds, the jewels mimic the cobblestone paths in this historic district, which has long been a haven for artists and bohemians.

Ivanka Trump knows a thing or two about glamour. Growing up in legendarily palatial surrounds with her one-time model mother and real estate magnate father, she was surrounded by extreme luxury from birth. But rather than play the rich socialite, she chose to follow in her father’s footsteps and is now a successful businesswoman in her own right. In 2007, she launched a fine jewelry line bearing her name, with a prestigious flagship store in SoHo, New York, and has since earned a reputation as the go-to girl for fashion-forward fine jewelry.

“My dream for this collection is that it will appeal to women who have a strong sense of themselves, know what they like, value exquisite workmanship and wear even the most important jewelry with a kind of off-handed elegance. They have a sense of tradition, but they like to go their own way. They appreciate quality, but won’t tolerate stuffiness. They have everything, yet they have nothing to prove.”