In the gemstone world, a cabochon is a stone that is cut with a highly polished, rounded or convex top with no faceting and a flat or slightly domed base. A cabochon may be cut in any shape, though oval is by far the most common. The term comes from the French caboche, meaning knob or small dome. Certain stones are almost always cut “en cabochon”, including opal, turquoise, onyx, moonstone, and star sapphire. In the gemstone world you will often hear the term cabochon shortened to “cab”.

Technically, cabochons are not really “cut”. Rather, they are shaped and then polished. It is thus a much simpler task to produce a cabochon than it is to cut a faceted gem with many faces. Before the art of faceting was developed, all gemstones were produced as cabochons, though some were intricately carved as well. 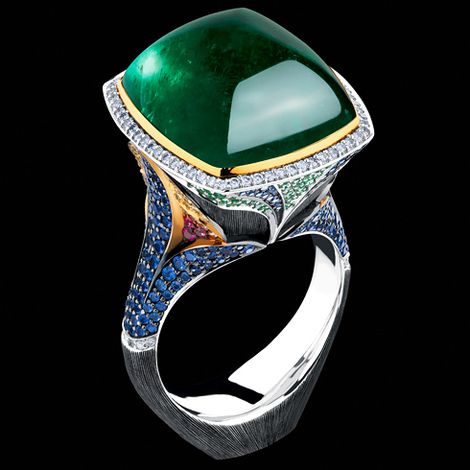