Tourmaline is the most colorful of all gemstones. It occurs in all colors, but pink, red, green, blue and multicolored are its most well-known gem colors. Scientifically, tourmaline is not a single mineral, but a group of minerals related in their physical and chemical properties. The mineral Elbaite is the member of the Tourmaline group that is responsible for almost all the gem varieties. Three other members of the group – Schorl, Dravite and Liddicoatite, are seldom used as gemstones. 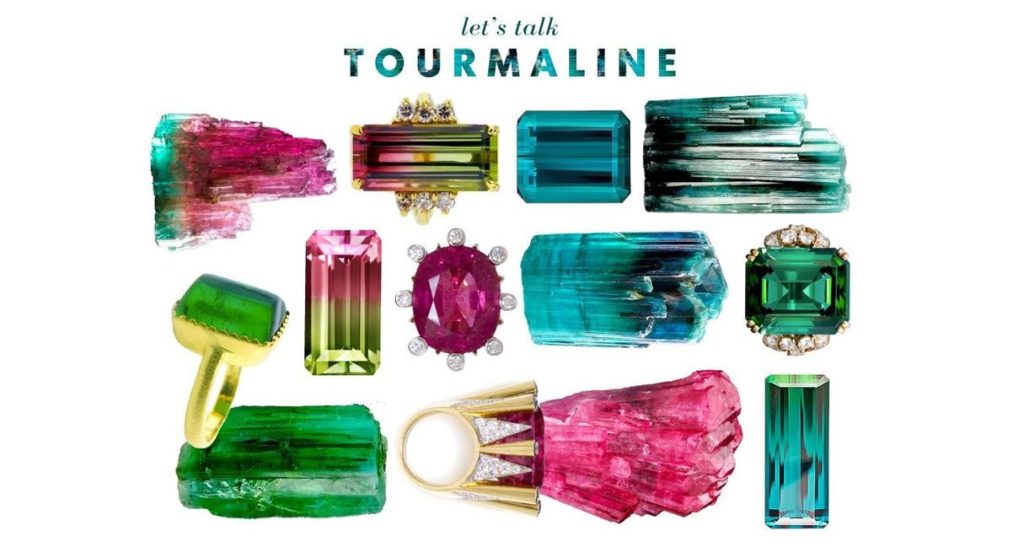 Tourmalines come in a wide variety of exciting colors. In fact, tourmaline has one of the widest color ranges of any gem species, occurring in various shades of virtually every hue.

Many tourmaline color varieties have inspired their own trade names:

Rubellite is a name for pink, red, purplish red, orangy red, or brownish red tourmaline, although some in the trade argue that the term shouldn’t apply to pink tourmaline.
Indicolite is dark violetish blue, blue, or greenish blue tourmaline.
Paraíba is an intense violetish blue, greenish blue, or blue tourmaline from the state of Paraíba, Brazil.
Chrome tourmaline is intense green. In spite of its name, it’s colored mostly by vanadium, the same element that colors many Brazilian and African emeralds.
Parti-colored tourmaline displays more than one color. One of the most common combinations is green and pink, but many others are possible.
Watermelon tourmaline is pink in the center and green around the outside. Crystals of this material are typically cut in slices to display this special arrangement.