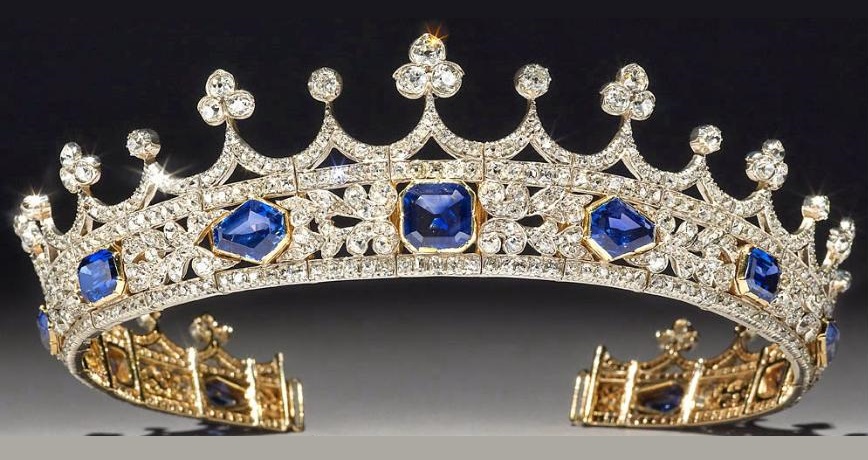 Perhaps what makes Queen Victoria’s Sapphire Coronet so special is that Victoria’s husband, Prince Albert, with whom she was very much in love, designed it for her. In fact, the petite coronet was reportedly one of the only pieces Queen Victoria decided was appropriate to wear during her widowhood. Most likely commissioned from Joseph Kitching in 1842, the coronet features a flexible Gothic design with both cushion- and kite-shaped blue sapphires set in yellow gold, as well as diamonds set in silver, for a less ostentatious look the new princess might prefer. The coronet passed on to Princess Mary, who was given the coronet, along with a matching parure, as a wedding gift from her father, King George V, Victoria’s grandson. It was reportedly last seen in 2002 at an exhibit at the Victoria and Albert Museum in London.