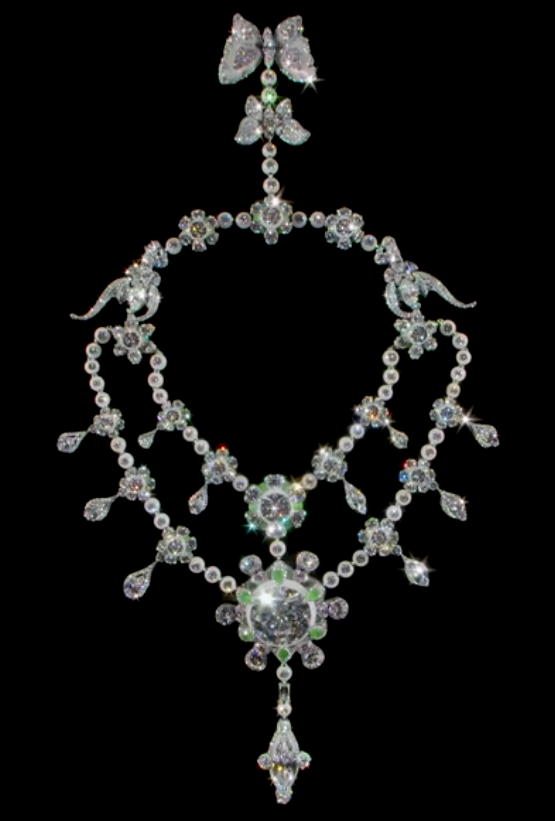 “Jewels in the noble” Cullinan heritage “” after three years of her cutting and polishing, by the same drill blanks cut into 24 see DIF pure, of standard purity us the yushi drill youth of her diamond was finally born! Jewelry creation by 周大福官方專頁 Chow Tai Fook Building hand in hand and internationally renowned jewelry artist Wallace Chan, 27 kinds of law, contain eternity without her concept of Chinese culture, butterflies with the bat symbol design see well with her moral! 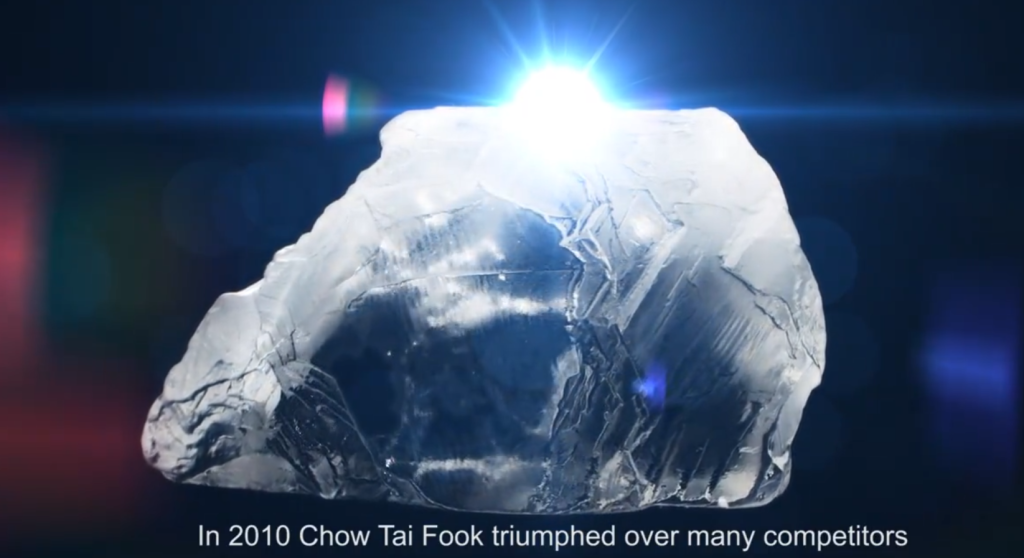 “The Cullinan Heritage”, a 507 ct clean white diamond, recovered from Cullinan Diamond Mine was named in honor of the significant day it was unearthed, 24 September 2009, which is Heritage Day in South Africa.

The Cullinan Heritage, which ranks as one of the t o p 20 largest high-quality rough diamonds ever found, continues to receive much interest since its appearance.

Petra Diamonds CEO Johan Dippenaar commented: “The Cullinan Heritage is not only exquisitely beautiful, but also of true historical importance. Since we announced the recovery of the diamond in September 2009, we have experienced a high level of interest from the trade… “.

The Cullinan Heritage was offered for sale on February 26th 2010 through a closed tender at the Diamond Exchange & Export Centre in Johannesburg.

The stone was sold for USD $35.3 million, the highest price achieved for a rough diamond to date. 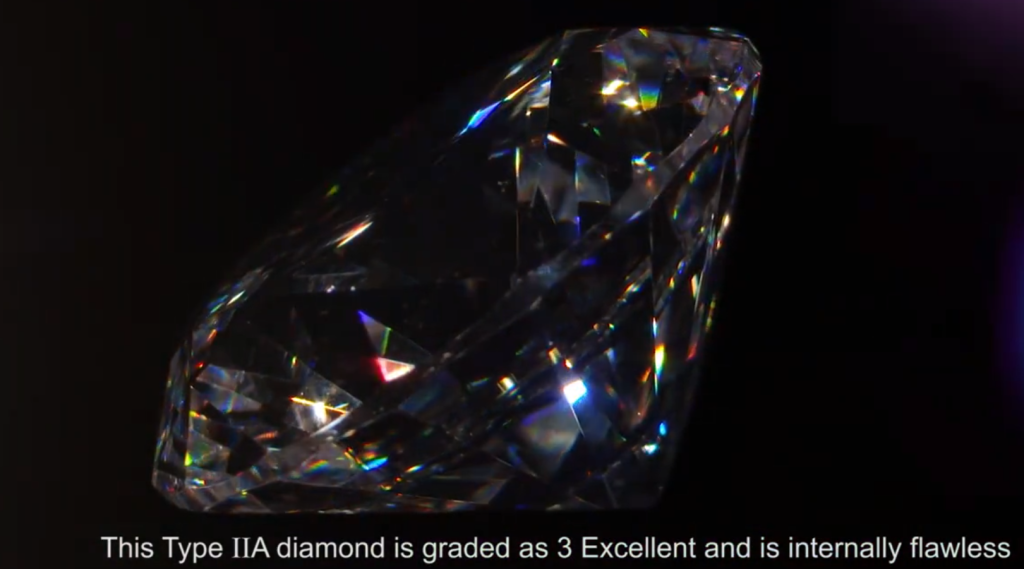 The diamond (pictured) will be showcased alongside other diamonds that were cut from the same 507.55-carat, type IIA rough diamond known as the Cullinan Heritage, which the company purchased in 2010 for $35.5 million.

The company’s master craftsmen have spent the past three years at facilities in South Africa analyzing and perfecting the best approach to cutting and polishing the diamond. The stone is graded by Forevermark and will be set as jewelry uniquely designed for Chow Tai Fook by a world-renowned jewelry artist to be revealed at the anniversary celebration.

“The Cullinan Heritage jewelry by Chow Tai Fook will stand the test of time as the embodiment of our values: sharing the beauty of Chinese culture with the world, producing works of only the highest quality and imbuing each of our creations with novelty, excitement and the pursuit of perfection,” said Henry Cheng, the chairman of Chow Tai Fook.

The Cullinan mine in South Africa is famous for its large and important diamonds, including the 3,106.75-carat Cullinan, the world’s largest rough diamond. The Cullinan Heritage is the largest of its grade to have been recovered at the mine since 1986. 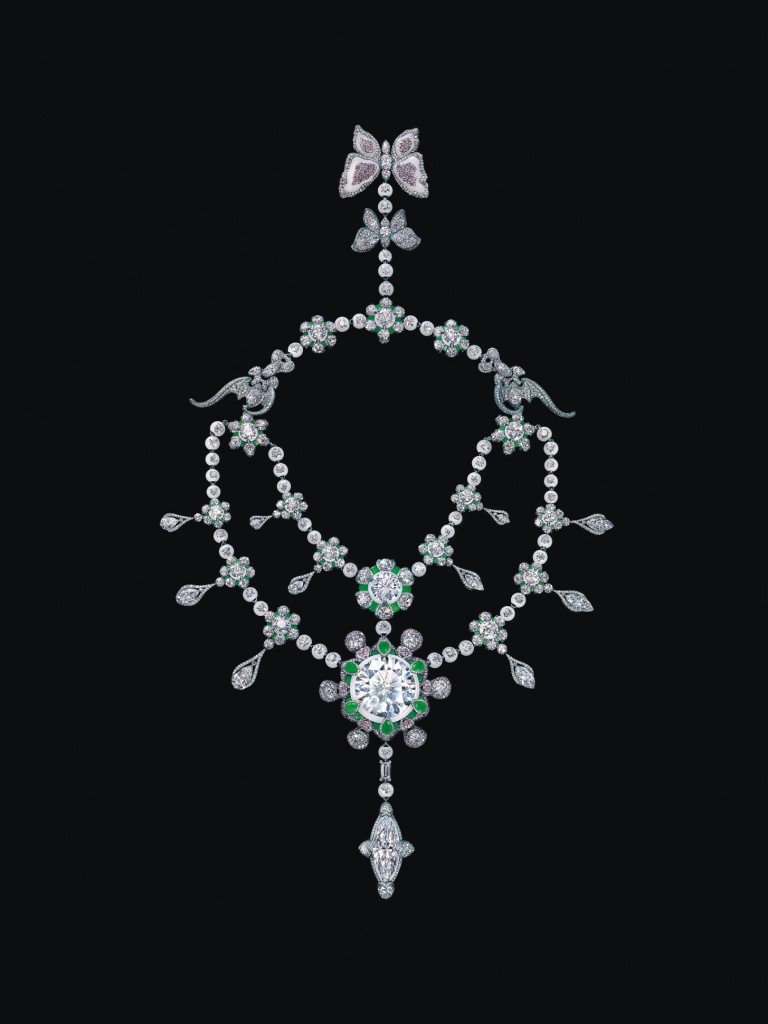 The diamond necklace unites an entire family of diamonds cut from the same rough stone within a single piece of jewelry, “an artistic decision unheard of in a contemporary piece,” according to the company. It also brings together thousands of white diamonds and hundreds of pink diamonds, totaling 383.4 carat, as well as more than one hundred pieces of green jadeite and mutton fat white jade. The ornate necklace includes figures of a bat (for good luck) and butterflies (for eternal love).

The necklace represents craftsmen working more than 47,000 hours. It is a modular design that can be worn in 27 different ways. The company says this showcases the sophistication of Chan’s “design and exquisite composition” for the necklace.

“Today we complete a journey we began five years ago, and we could not be more proud of the exceptional and historic creation that has emerged. Continuing the Cullinan legend, the world-renowned master jewelry artist Wallace Chan has brought the Cullinan diamonds to life,” said Dr. Henry Cheng, chairman of Chow Tai Fook Jewellery Group Limited. 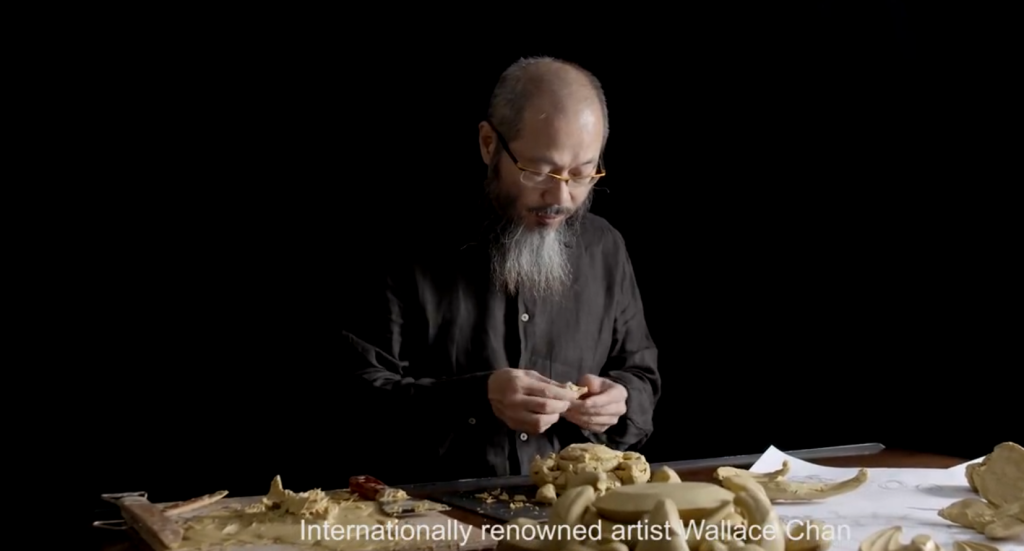 Chan is recognized by many as the greatest living Asian jewelry artist. He founded his own gemstone carving workshop when he was 17 and in 1987 he invented the “Wallace Cut,” an illusionary carving technique that transcends dimensions. After a decade immersed in Buddhist art, he created the Great Stupa for Fo Guang Shan, Taiwan. 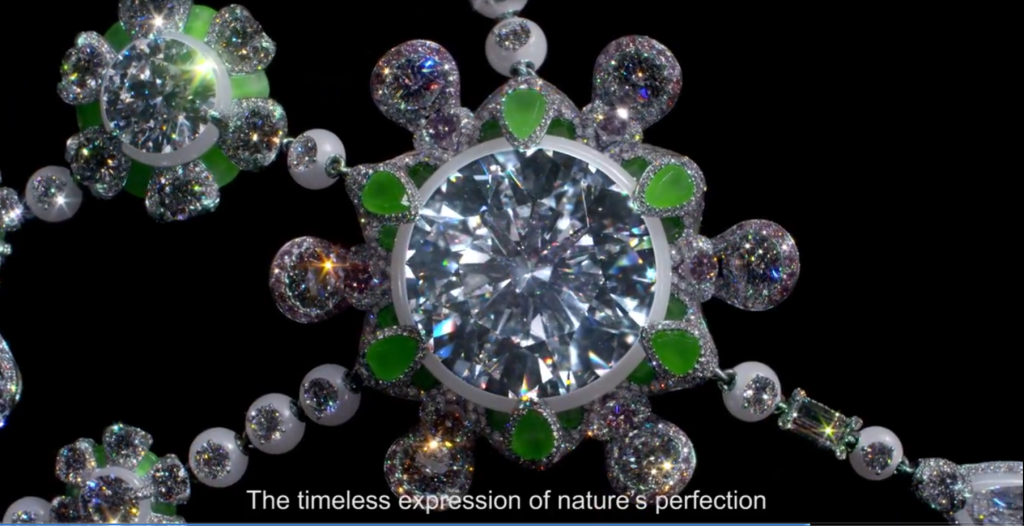 Marking the first collaboration between Chow Tai Fook and Wallace Chan, the “A Heritage in Bloom” is a spectacular piece that brings the industry to a whole new level.

Diamond Cluster Necklace
Five carats of glittering round diamonds (5.00 ctw), are clustered together in this fashionable 14k white gold necklace. A “must have” for any fashion enthusiast.